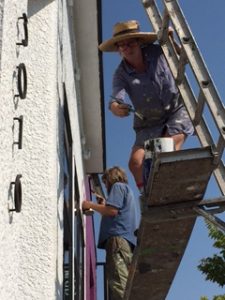 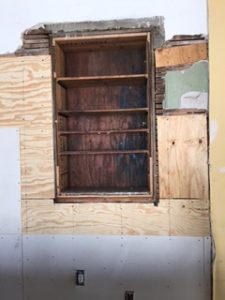 Finished patching and painting the front steps and landing

Taped and mudded all the taproom drywall

Our plumbing and HVAC contractor have finished installing our new heating and cooling system, and plumbing is roughed in and inspected.

Electrical stuff is mostly roughed in at this point.

We discovered an old window that had been converted into a built-in shelving unit, then covered with sheetrock in the 1980s.  We’re restoring it!

Concrete board behind the bar is installed and ready for tile. 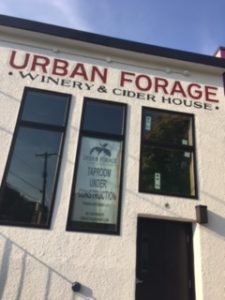